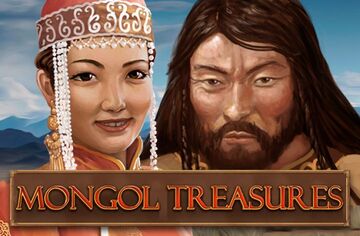 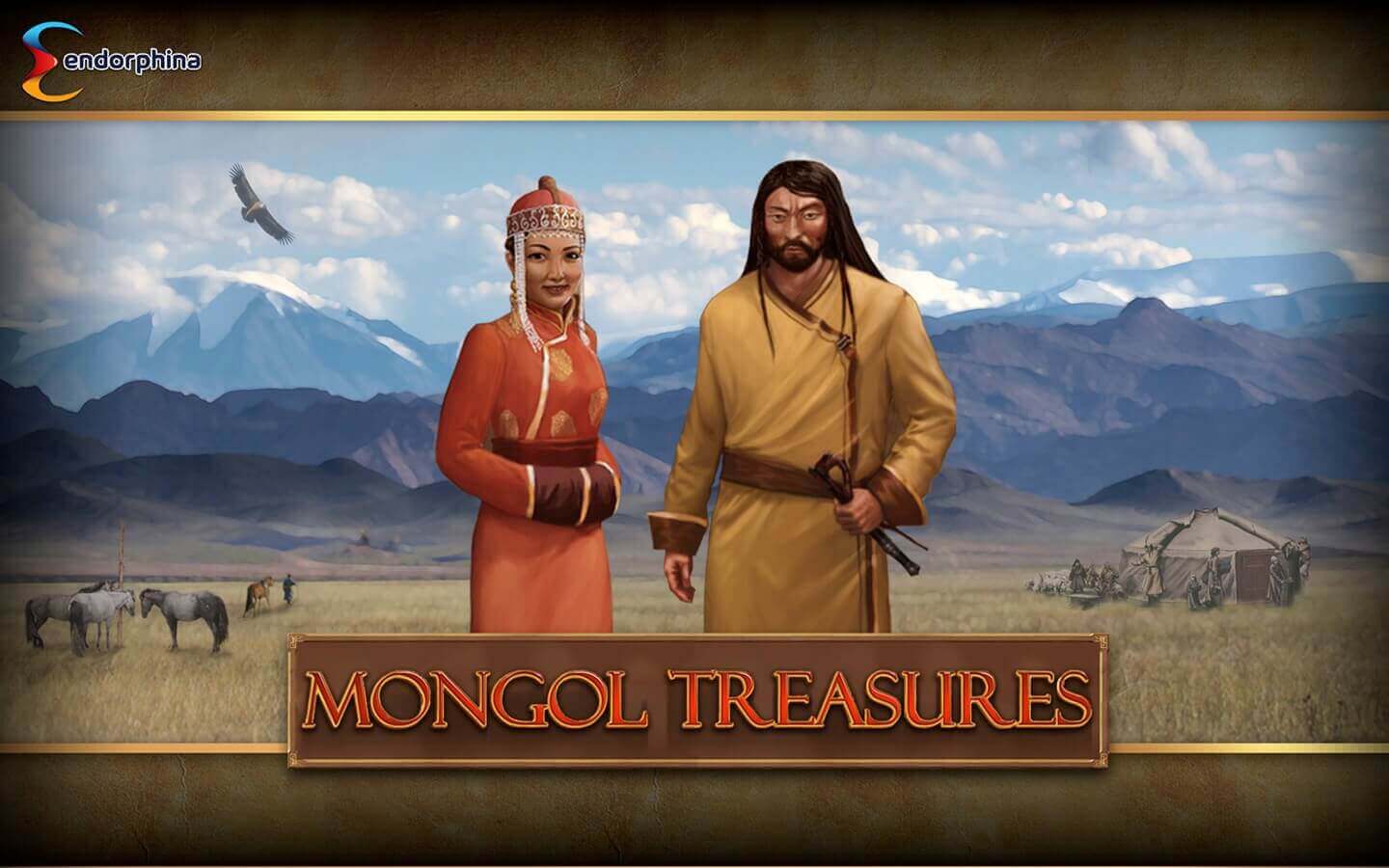 Mongolia can rightly be called the heart of Central Asia. Her culture and life has been repeatedly described in books, and also became the plot for many creations of cinema. Now it’s the turn of gaming providers to use the fascinating features of the country to create original video slots.

One of these providers was the Czech company Endorphina. The company's specialists created a gaming machine with good returns called "Mongol Treasure". The founder of the state, Genghis Khan, became the main character of the slot. Players will find treasures hidden in the burial place of the legendary person.

The variety of slot icons is represented by several categories. Each icon has a specific coefficient and value. Depending on these criteria, all the icons are separated. The first group includes several stylized symbols that are used to create prize chains. These include:

In addition, the game Mongol Treasure has basic icons with card values. They depict the Queen, Ace, King, Jack and Ten. Special functions are performed by only 1 character - the Mongol Queen. This character can replace any icon, and also plays the role of Scatter. If you collect a certain number of pictures with the Queen, you can win a bonus round in Mongol Treasure. 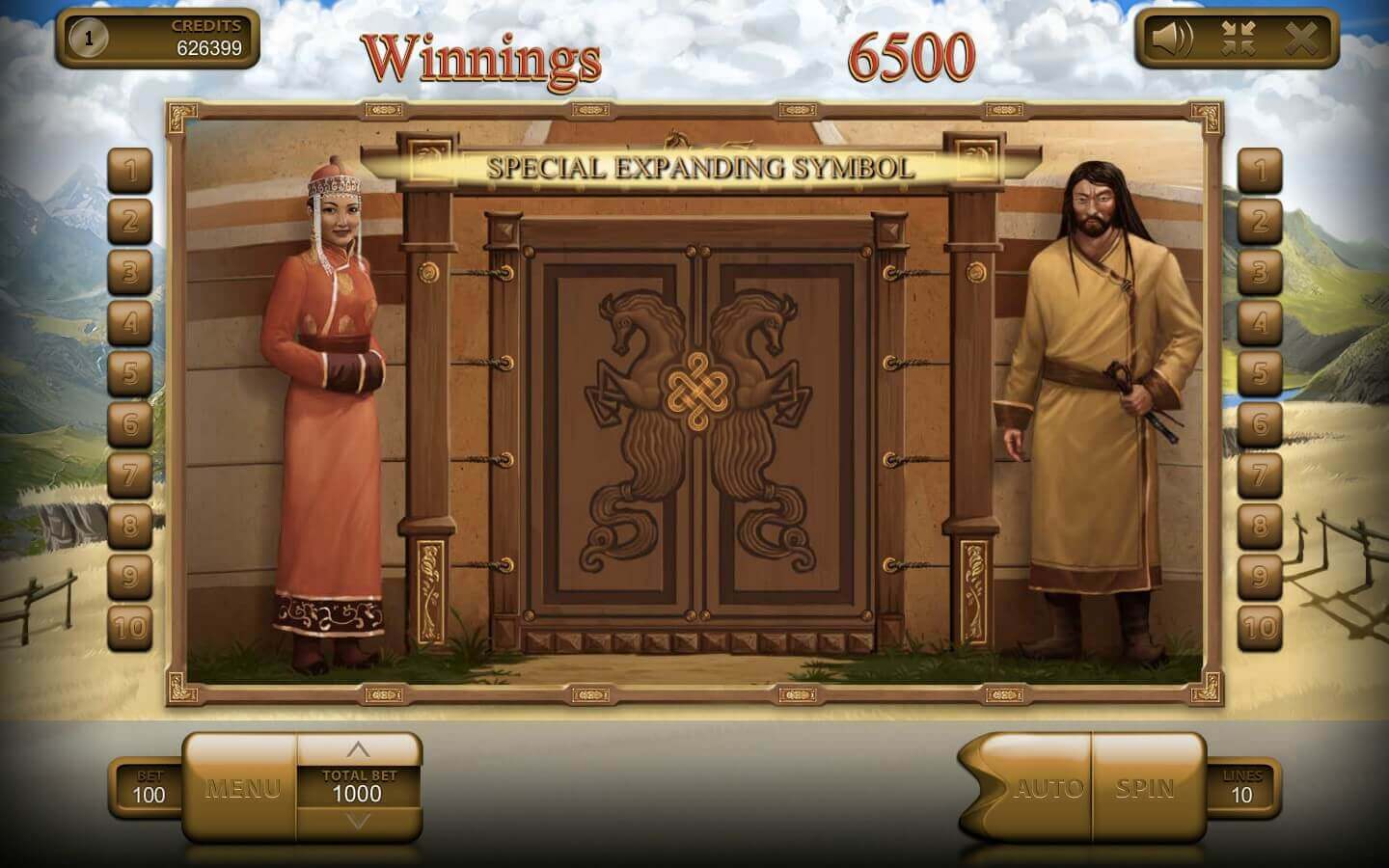 Thanks to the existence of a special symbol, you can become a member of additional rounds that promise large prizes in case of victory. The loss of 3 images of the Mongolian Queen on the playing field gives you the opportunity to participate in 10 free spins. In this mode, the casino makes a bet instead of the user.

After activating the bonus mode in the Mongol Treasure slot machine, the user will see the gate, on the sides of which there are figures of the Mongol and the Princess. After their opening, a special symbol is determined, which can expand during the creation of prize chains. In addition to free spins, players can play a risk game. This round is activated after each successful spin, and allows you to double the prize. 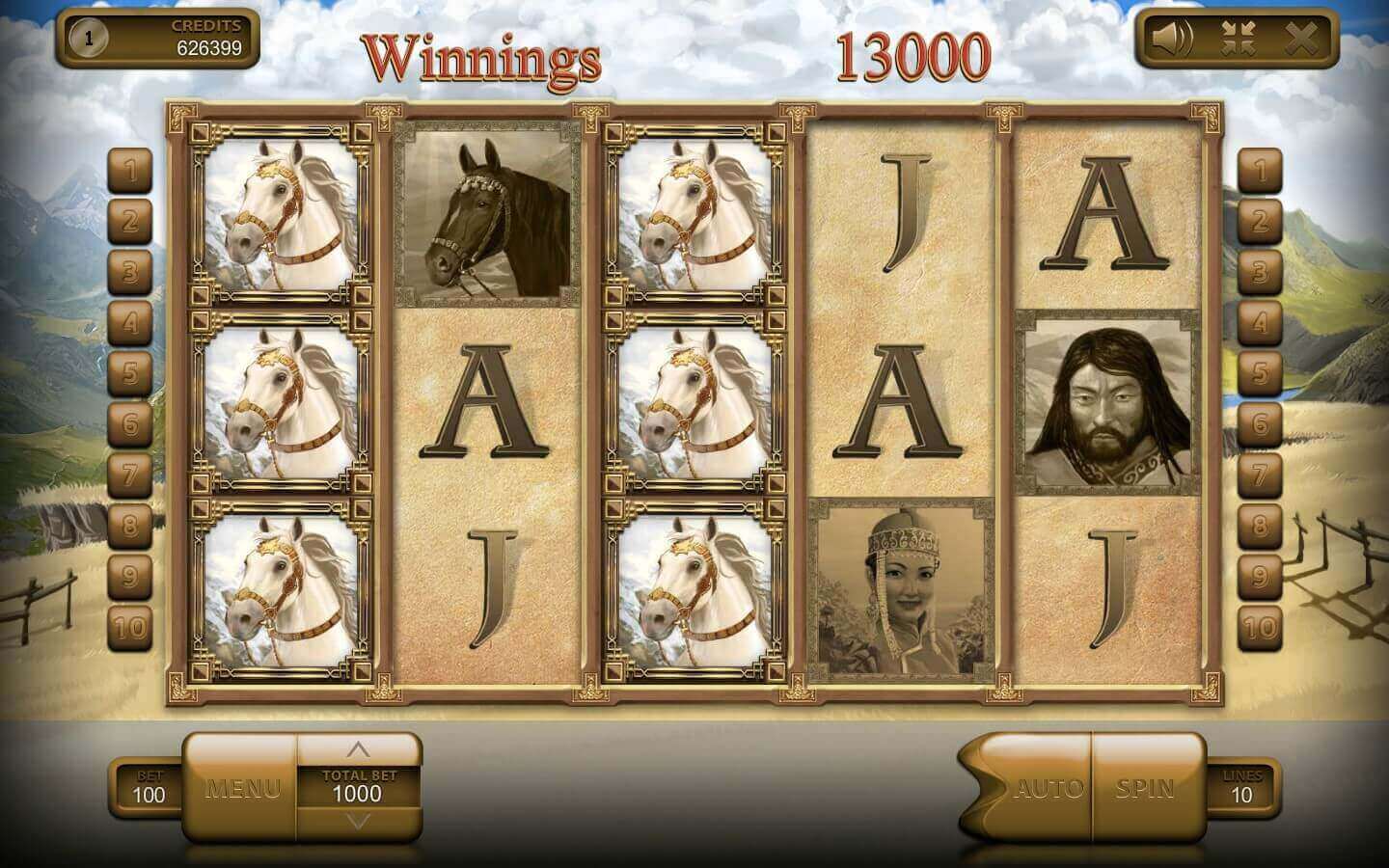 The emulator with the colorful name “Treasures of Mongolia” allows users to play for free and without registration, as well as set real bets in the full version. In any case, you will find an exciting gameplay, the rules of which are quite simple.

Before starting, you will need to deal with buttons that allow you to configure basic parameters. These include the value of coins, the size of the bet, and the scroll mode. There are 5 reels for the game, on which 10 paylines are valid by default.

The payout percentage of RTP is 96%.

Game Popup
You want to play
at Mongol Treasures
for real money?
Go to the casino Continue game