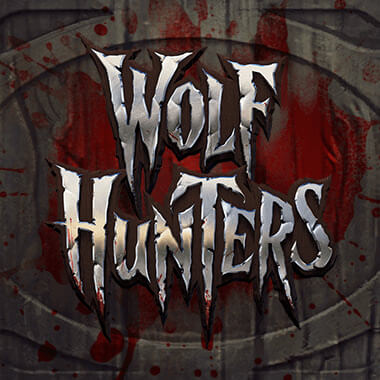 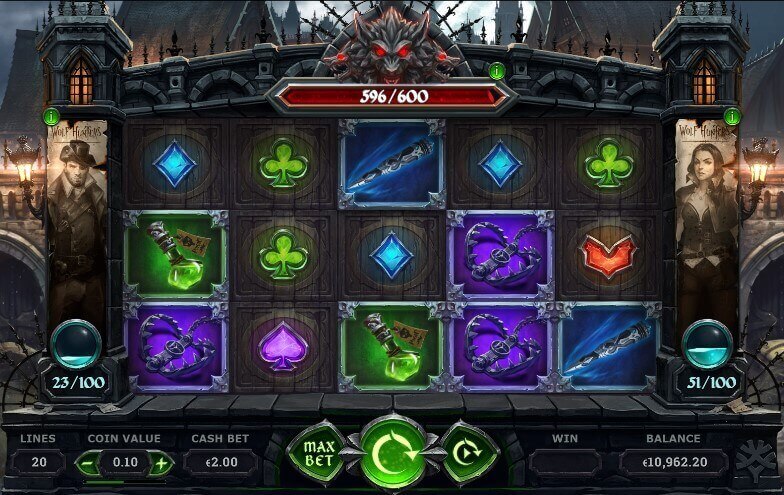 Bloodthirsty monsters have been fearing the inhabitants of a small town for many years. That is how the story begins, which became the basis for the next successful development of Yggdrasil Gaming. Slot machine Wolf Hunters allows each player to feel like a fighter of evil monsters and earn good money on this.

To participate in the adventure, just find a site with a casino, and select the specified slot there. It is presented in two versions, one of which is suitable for beginners (demo game Wolf Hunters), and the second for experienced players.

The main symbols of the original slot were werewolf hunters. Their images act as bonus symbols. The first bonus is presented as a Huntress, and the second has the appearance of a Hunter. Images of these people can also expand, occupying an entire column.

In addition to them, the game Wolf Hunters uses badges in the form of weapons to kill monsters and card suits. Each of these symbols can participate in the creation of prize combinations and has a certain cost. Card suits in the form of Hearts, Clubs, Tambourines and Spades are low-paying, but the basic thematic badges will bring larger payments. These include:

There is also a werewolf symbol. It can act as a regular base icon, and also turn into a wild symbol. In addition to him, there is also the usual Wild symbol, presented in the form of a picture with the inscription Wild. It is these pictures that allow Wolf Hunters to win larger payouts. 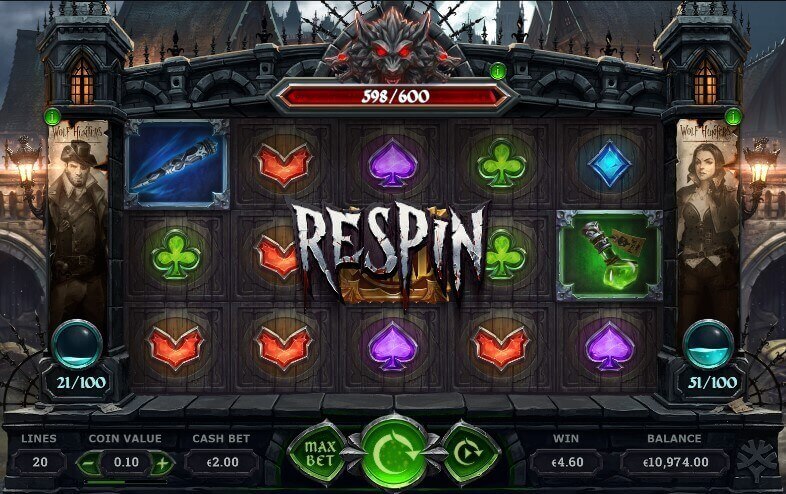 This time, the developers did not stint on the prize functions, and equipped the slot with several additional modes at once. These include:

In re-spin mode, Wild symbols become sticky. The same icons, appearing again, extend the mode. Free spins begin after the simultaneous appearance of a hunter and a huntress. The player gets 10 spins. If in the free spins mode the main characters appear on the screen 3 times, then their skills improve. As a result of this, 2 rotations are added.

When the characters triumph over the opponent, the level of "rage" is filled. If the scale is full, the Hunter's Rage mode begins, in which free spins are also launched. Above the reels there is also a werewolf health scale. As soon as its mark reaches zero, free spins start again. 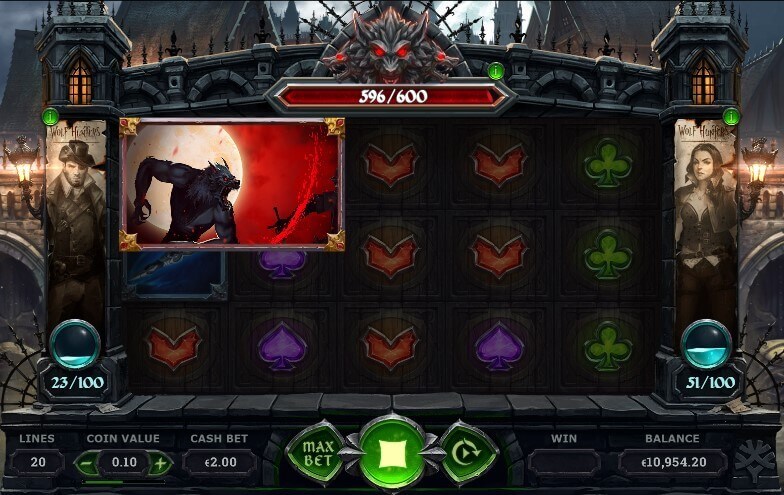 Playing Wolf Hunters online is pretty easy. First you need to select the appropriate version (demo game or full version), configure simple parameters and click Start. The slot is available on any device, so you can start it at any convenient time.

The structure of the playing field is 5 traditional reels. All symbols of the slot are arranged in three rows, and the number of active lines reaches 20. The user can bet from 1 cent to 5 euros per lane. Paid sequences are formed from several identical icons.

The payout percentage of the RTP slot is 96.3%.

Game Popup
You want to play
at Wolf Hunters
for real money?
Go to the casino Continue game