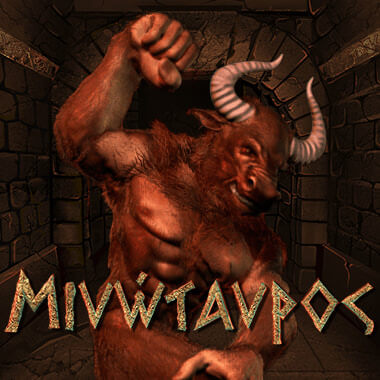 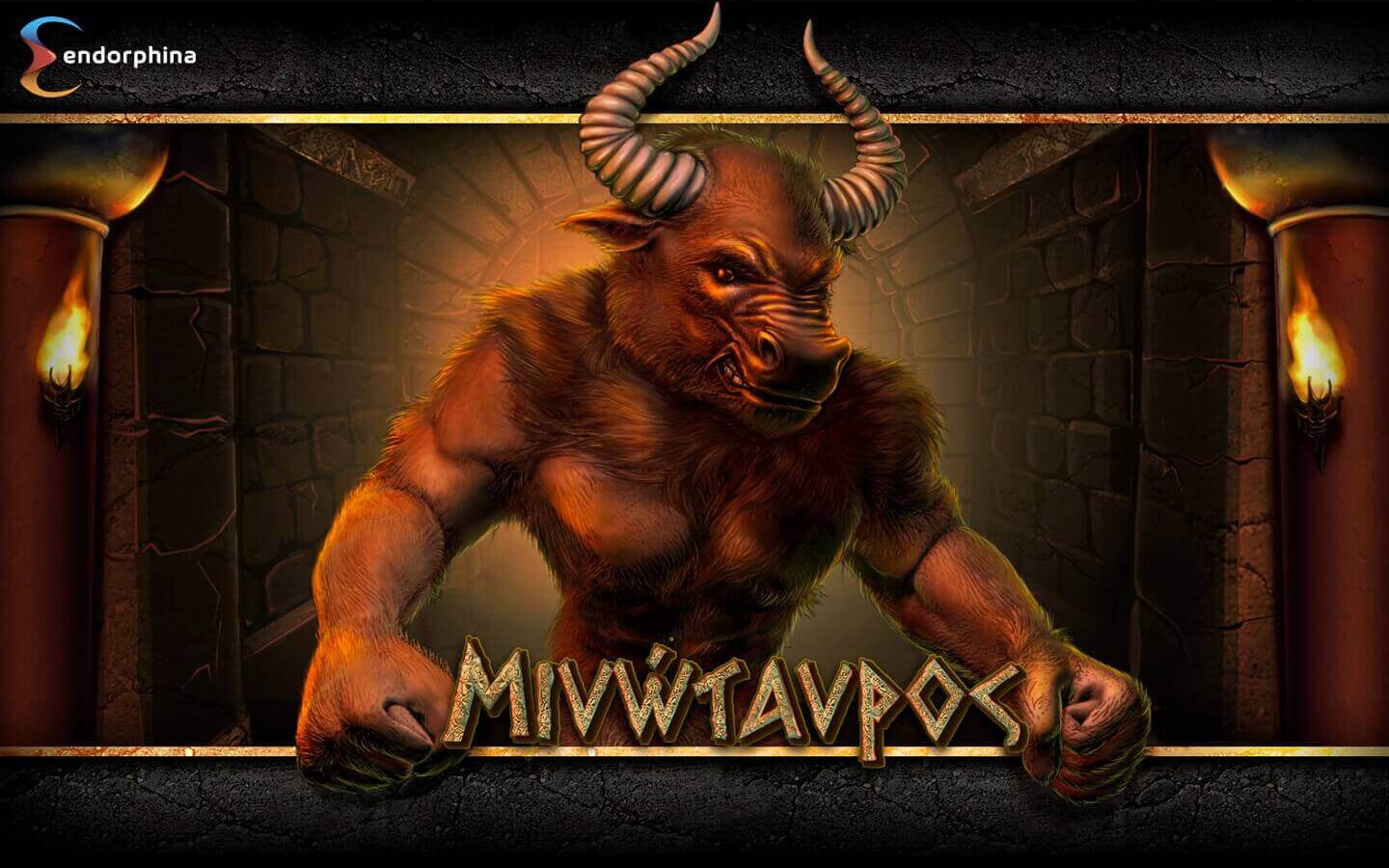 The story of the ancient monster Minotaur is one of the most common legends in ancient Greece. Tradition says that the mythical character was hidden in a maze where victims were sent. Such a mysterious and at the same time fascinating plot did not go unnoticed by game providers, including Endorphina.

Based on the plot, the company created one of the best slots - Minotaurus. In addition to the original theme, the slot will also delight users with many bonuses and an exciting gameplay. You can have a good time, as well as receive major rewards.

The gameplay is built on the principle of creating winning combinations of certain symbols. The sum of the prize depends on them, so you should carefully study the value and features of each icon. In the Minotaurus slot machine you will see the main pictures, as well as special characters.

The last category is designed to perform special functions. In this case, such functions are performed by 1 picture-Wild symbol. It depicts the main character - the Minotaur. In addition to this hero, on the screen you will see:

In the Greek style, another group of symbols of the Minotaurus slot machine is designed - card symbols. The denomination of these symbol begins with Jack and ends with Ace. A special mission relies specifically on a special symbol. It can expand, activate free spins and replace symbols. 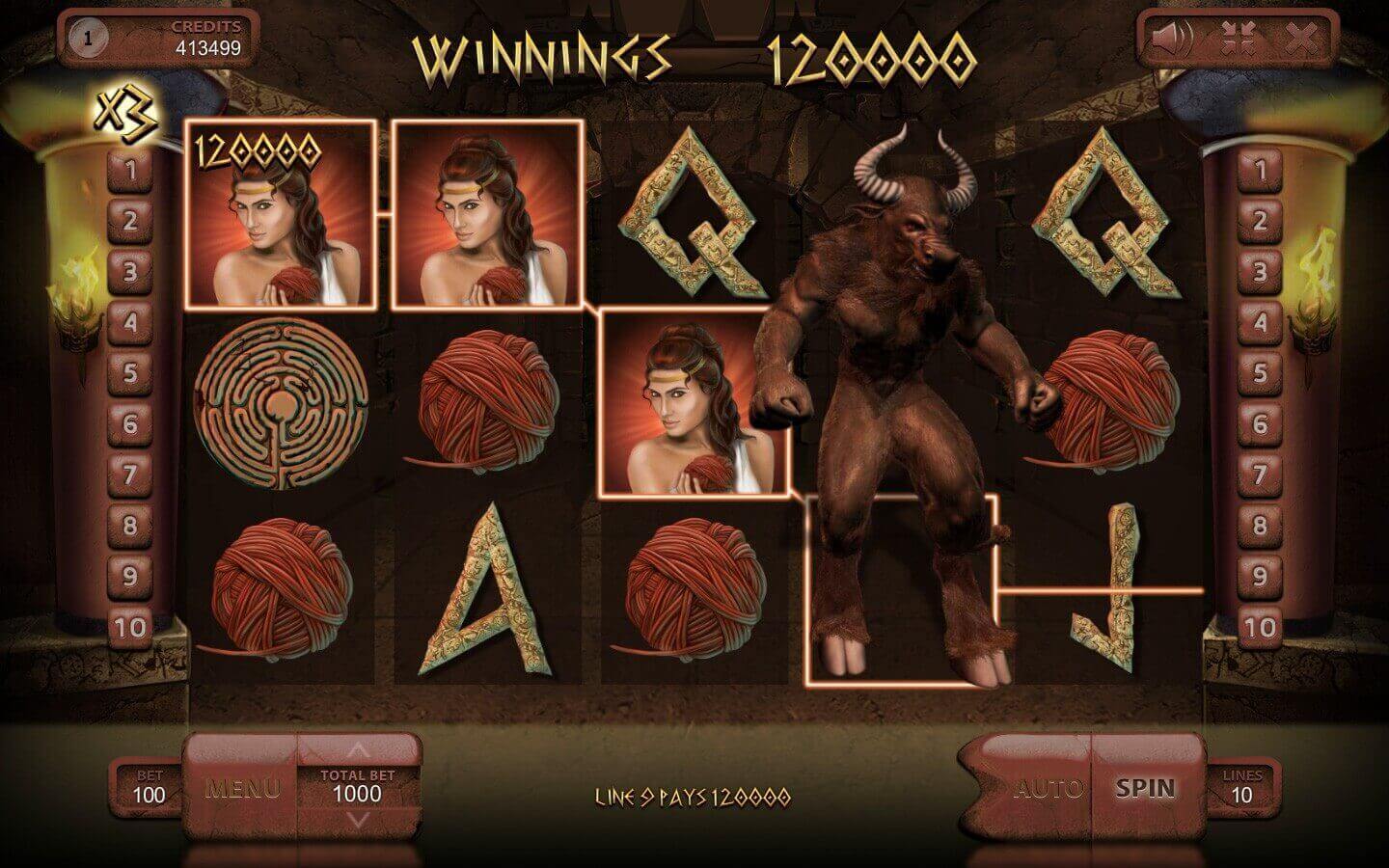 To diversify the gameplay and open up additional opportunities for users to win, the developers created 2 prize rounds. The first allows you to get free free spins in the slot machine. Activating the mode is quite simple - you need to follow the Wild symbol. If it completely fills any of the coils, then the free rotation mode begins.

Each new respin allows you to increase the value of the multiplier. Additional spins are available only after the next appearance of Wild symbols. An important nuance is that Wild appears on all reels, except the first. You can also win Minotaurus in a risk game. To do this, bet on Theseus or the Minotaur. If the character of your choice wins, you will receive a doubling of winnings. 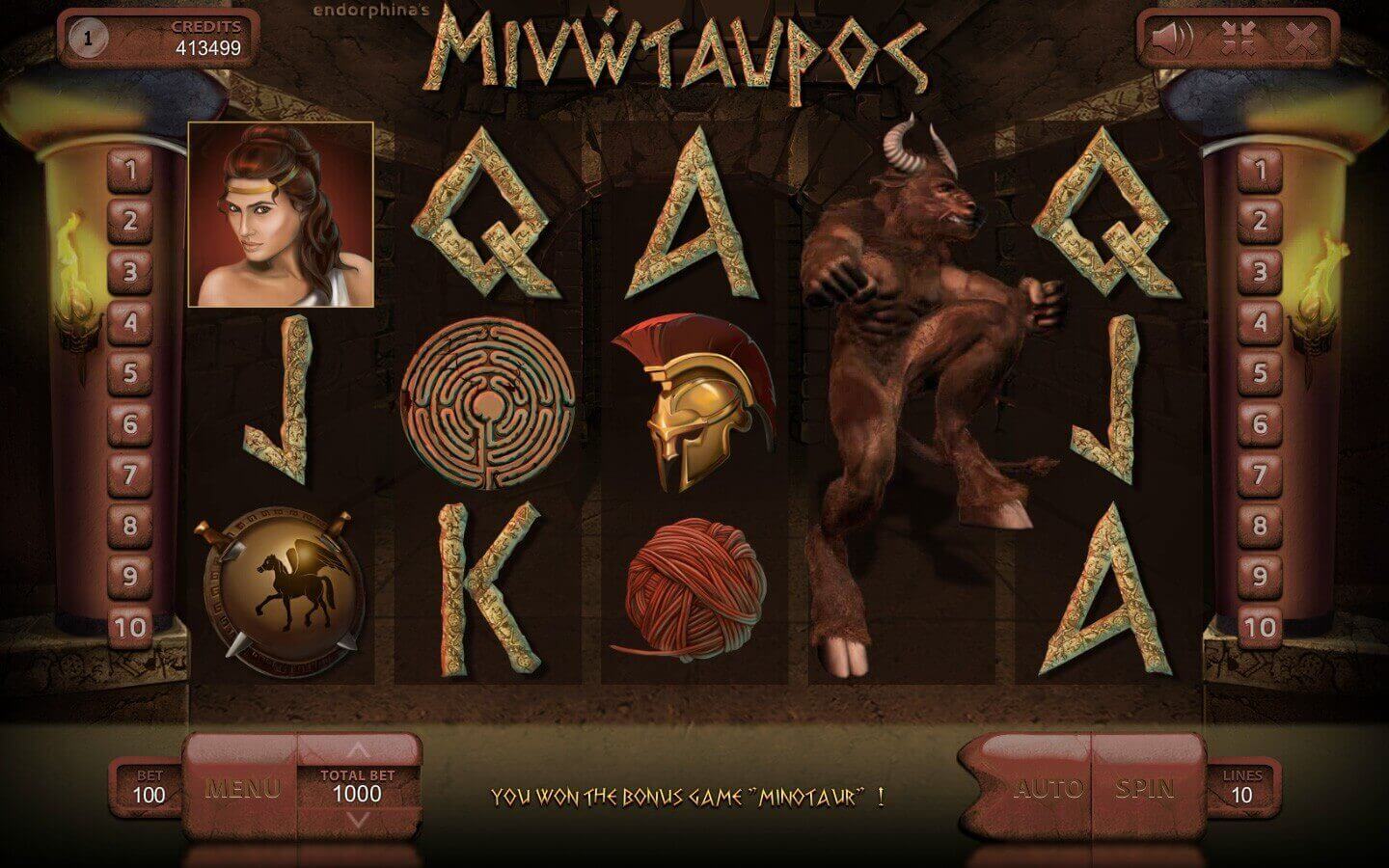 Minotaurus is a reliable slot that allows you to escape from everyday affairs with the benefit of a wallet. The machine is a universal version that is available for different devices and platforms. You can play in demo mode, as well as open a trial version. The playing field of the slot is created according to the traditional scheme. 5 coils are placed here, on which 10 active lines are involved. The player can choose a certain number of active bands. For each of them you can put from 0.01 to 5 credits.

The theoretical payout percentage (RTP) is 96%.

Game Popup
You want to play
at Minotaurus
for real money?
Go to the casino Continue game