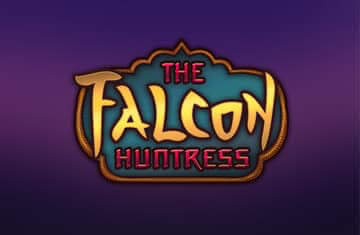 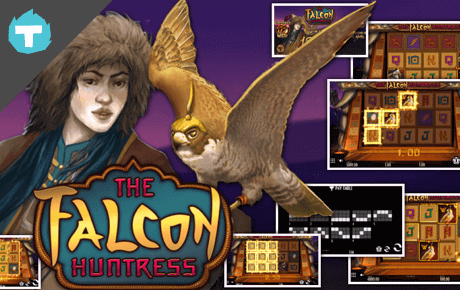 At first glance, Mongolia seems to be a distant and inaccessible country. But Thunderkick decided differently, presenting to the public a new pokie without registration - The Falcon Huntress. The emulator allows you to get acquainted with the original culture of the country and its traditions.

If you want to find a truly original pokie, then The Falcon Huntress is exactly what you need. Here you will discover the fantastic world of ancient trials and customs, which are breathtaking. A demo game The Falcon Huntress, as well as a full version is available for users.

A feature of the pokie is the lack of a storyline. But this is not a reason to consider the emulator second-rate. On the playing field you will see a brave girl who holds a fighting falcon. In ancient times, it was believed that only men are capable of taming such a bird, but a female representative coped with this task in The Falcon Huntress pokie. Everyone who wants to repeat the feat will receive awards and prizes.

Studying the symbolism of the machine, you will definitely notice one of its main features - the functions of the Wild symbol and Scatter are combined in one symbol. Naturally, the image of a freedom-loving falcon was chosen as such an icon.

The rest of the icons, you can consider in the pay table. There are basic and thematic icons. The category of thematic icons includes:

Separately, it is worth highlighting the traditional symbols that are found in many world pokies of The Falcon Huntress. These include playing card icons from Nine to Ace. 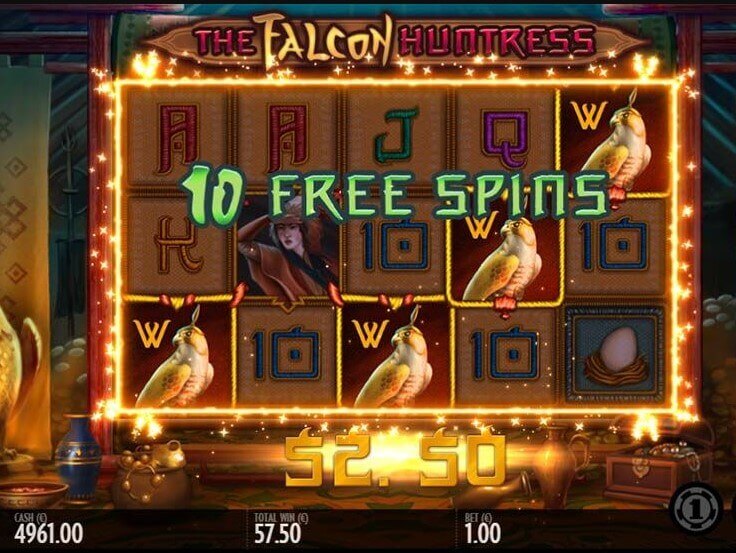 For opening additional bonus features meets the universal symbol of the falcon. In this game, you can get a certain amount of bonus spins. To do this, you need to catch at least 3 falcon badges.

As a result, you can play The Falcon Huntress with 10 extra spins. During such rotations, the Expanding win function is also triggered. The option activates the expansion of symbols, which allows you to quickly collect prize chains. 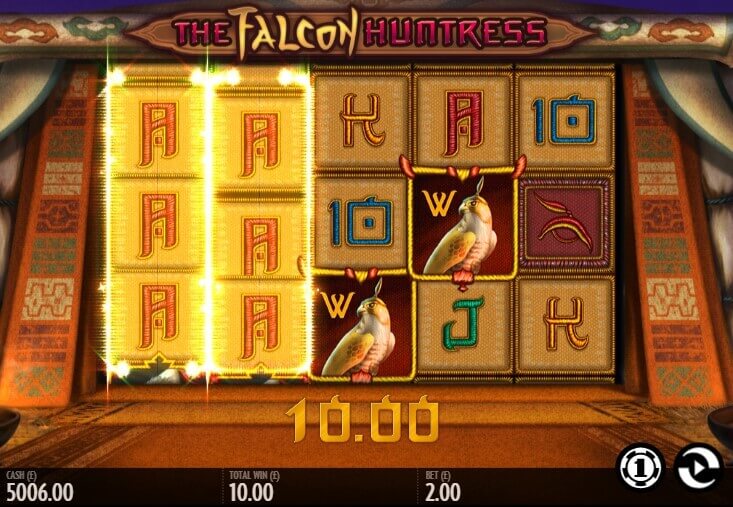 The machine is a universal device in terms of adaptation to different devices. You can download The Falcon Huntress on your phone or play in the full version on your PC. The structure of the playing field does not have any features. 5 reels will open before you, on which 9 pay lines are presented.

The construction of combinations occurs from left to right. If you create several winning combinations at once in one round, each of them is payable. The gameplay here is also quite simple. To adjust the bet size and coin denominations, special buttons are provided.

Rewards are awarded as follows:

Player Review
(0 players voted)
Thanks for the feedback!
1/5
Best online casino bonuses 2020 in Australia
Similar games to The Falcon Huntress

Birds On A Wire

FastPay
4.8 out of 5 - our rating
Overview Play

Game Popup
You want to play
at The Falcon Huntress
for real money?
Go to the casino Continue game